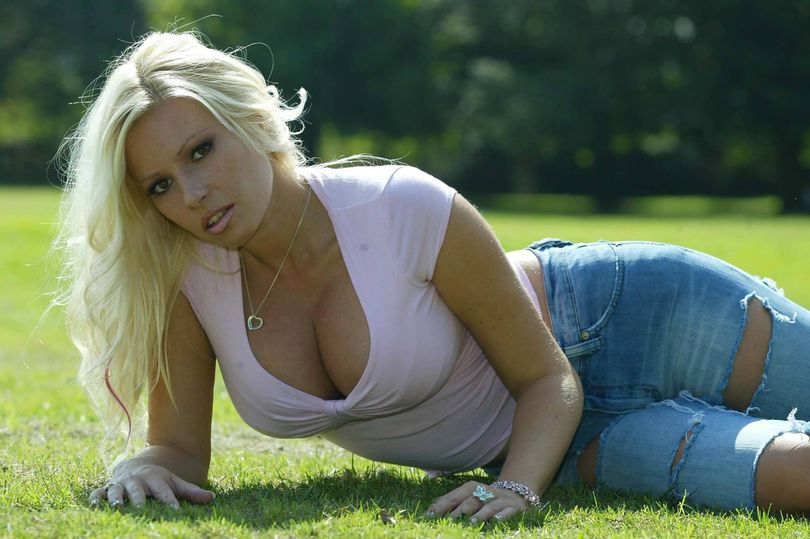 @Babe_TV gives us another fascinating incite into the history of Live Babeshows.  In this post taken from their 2013 Tumblr we look at Michelle Thorne’s transition from Bang Babes to Red Light Central, enjoy!

Confused?… The graphics say Bang Babes, but the look and feel of the scene says Playboy/RLC. In fact, it’s kind of both. This is an interesting transitional scene from November 2010, right at the very start of the progression during which the core of Bang Babes became the new face of Red Light Central.

The show is Bang Babes, and the exact date is 7th November 2010 – just twelve days before Bang’s final Freeview broadcast. However, the location is not Bang Babes’ London studios, but Cathy and Phil Barry’s studio in Bristol, which subsequently became the home of RLC and Playboy TV Chat.

These transmissions from Bristol were isolated instances, featuring Michelle Thorne, and they were integrated with regular Bang Babes output from the main studio. On the two nights they were broadcast on Channel 98, however, Michelle’s sections shot at Cathy and Phil’s studio dominated the schedule. On this particular 3am show, over four fifths of the terrestrial transmission featured Michelle at what would later become the home of RLC/Playboy.

Less than a fortnight later, Bang Babes were wiped out of the terrestrial TV picture whilst under notice of licence revocation (on the grounds that the management were not fit to be licence holders). On 19th November Ofcom deemed that Bang had escalated the situation by broadcasting unencrypted porn, and ordered them to stop transmitting with immediate effect. Ofcom then issued a full statement of licence revocation on 25th November ’10, following a 19-month period of regulatory breaches and unsatisfactory responses, which included 48 separate infringements, and then another 9 breaches in the three-week period during which Bang were under notice of proposed revocation. It was fairly safe to say that the company was not taking the situation particularly seriously.

Despite its own Tease Me TV channels being shut down, Bang did continue briefly to broadcast on Sky via third-party (Playboy) channels, and they also made efforts to circumvent Ofcom’s rulings by offering viewers technical instructions on how to restore missing channels. There was even word in December ’10 that they might attempt a defiant return to Freeview. But by early January 2011, it had become obvious that trying to broadcast on the sly was a lost cause commercially, and Bang Babes finally shut down.

Former Bang Babe Cathy Barry immediately became the public figurehead of a new wing of the existing Sky channel Red Light Central. By the end of January, RLC was looking more like the continuation of Bang Babes than its former self, and RLC’s existing, lower-profile models were already publicly expressing their unhappiness at having their shifts taken by the new girls. The die was cast, and the rest is history.

But when you look back on those foretelling Michelle Thorne sections from Bang Babes’ dying days in November 2010, it’s impossible with the benefit of hindsight not to feel that they were really a contingency plan for the future in rehearsal. Bang Babes were under notice of licence revocation at the time. How far down into the ranks of the staff that news had filtered I don’t know, but the level of uncertainty about the company’s future must surely have reached crisis level. I wonder how close some people’s notion of the future was to the way things actually panned out?