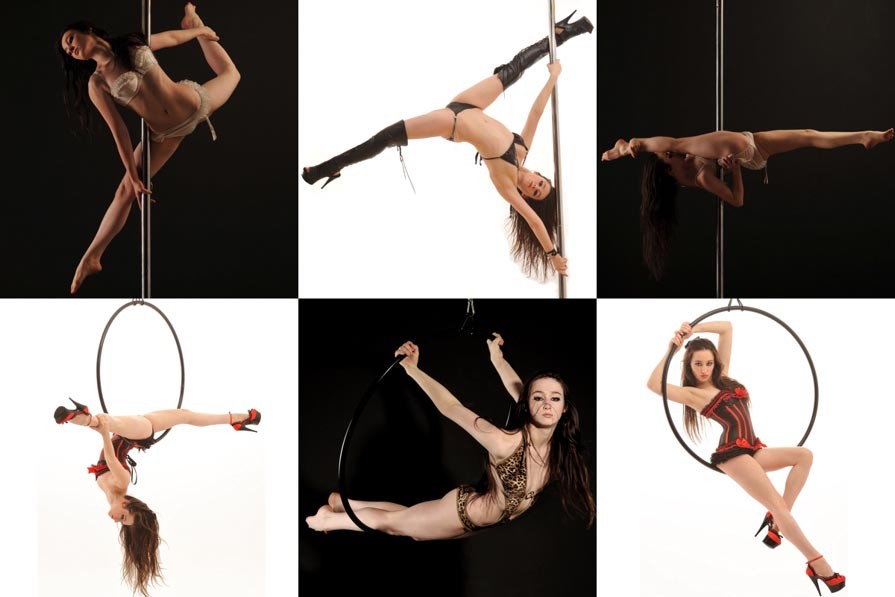 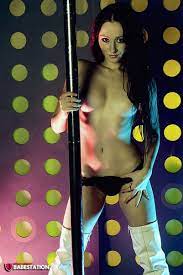 poledancing exploits, I decided to have a rummage through some of my logged info to help recall if any other telephone babes had turned in an outstanding pole routine on the Freeview platform. A quick Microsoft Word search unearthed a rather glowing note or two relating to an unusual Babestation 2 intro immediately after midnight on 10th May 2010. Unsurprisingly, the star of the event turned out to be superflexibabe, aerialist, pyro-performer and of course poledancer, Elise Evans.

One of the main points of historical interest here is that this was actually the penultimate night of Babestation 2’s relatively brief roller-coaster ride on Freeview. BS2 was replaced on Channel 99 by Live 99 two nights later, and never returned. Its own airspace on Freeview had essentially already been given up to Babestation Xtreme, and it was eking out its final days on what was really an experimental babechannel. Elise had been on the babeshows for just one month at this point in time.

Elise’s short but impressive pole routine was part of a wider realm of pole use across the babe channels at this time, although it was certainly, judging by my enthusiastic notes, the highlight. Bang Babes had been using a pole earlier in the spring of 2010, with some babes actually incorporating it into full sections on Freeview 98. And the previous year, Babestation had incorporated a pole into their main BS1 set – the pole seeing a fair amount of use. But when the expansive BS1 set was broken down into smaller divisions in autumn ‘09, BS2 became Babestation’s occasional epicentre of poledancing activity. 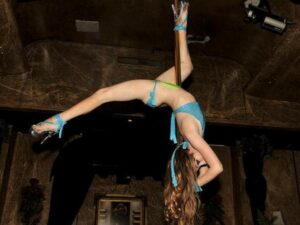 It looks, given that Elise has added the word “retired” to her babeshow Twitter bio, as though we’re not going to be seeing her on the babe channels anytime soon. She’s probably got more exciting things to be doing in all honesty, but she has always been an interesting girl and I think the kind of visual spectacle she could create if given the chance and the support would be exactly the kind of talking point the current babeshows are missing.