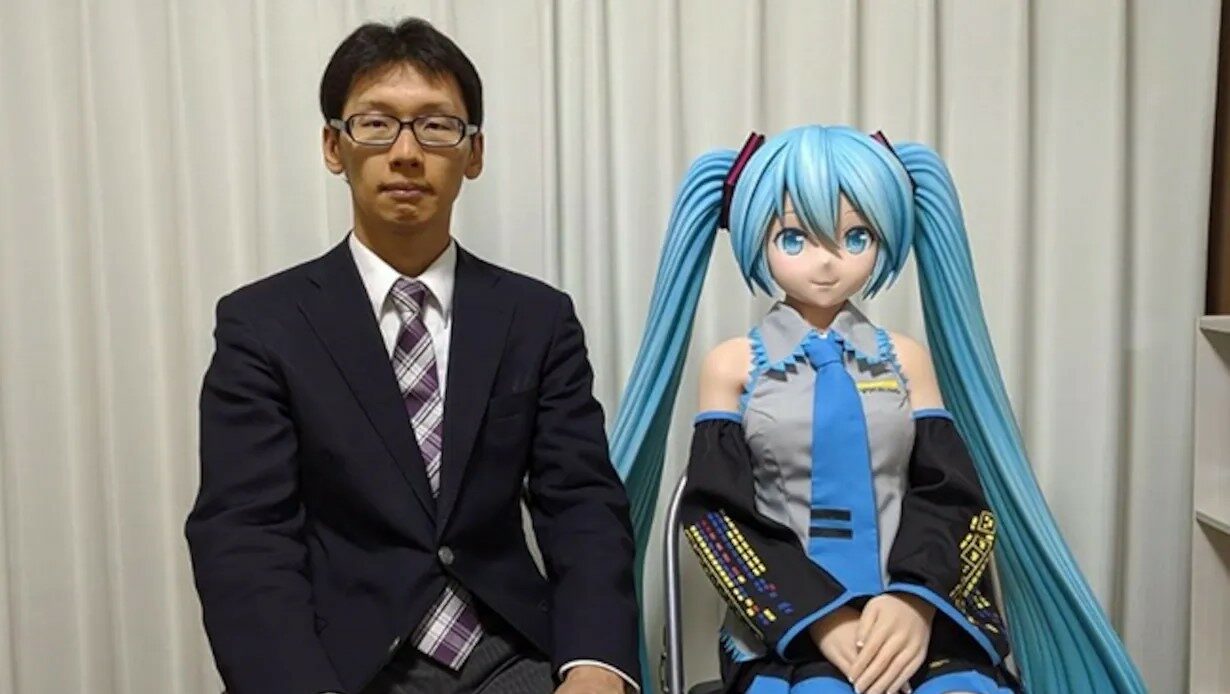 Hatsune Miku, is a computer-generated pop star who has just so performed with Lady Gaga and appeared in video games. If that wasn’t bizarre enough, she is also married to Akihiko Kondo, a real-life human. Yup, he’s the first guy to wed a hologram singer. Now, the man wants to spread awareness and be the spokesperson for “fictosexuals,” everywhere, or people who are sexually attracted to fictional characters. Let’s just call them what they are, shall we? – nerds!…sex nerds! 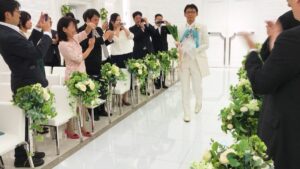 Akihiko Kondo revealed to the New York Times how he connects with his hologram anime wife, whom of which he has been married to for four years. 38-year-old Akihiko Kondo admitted that Miku gives him love, motivation, and comfort. Akihiko Kondo said that he and Hatsune Miku had already known each other for ten years before they decided to get married in an impromptu ceremony in Tokyo. 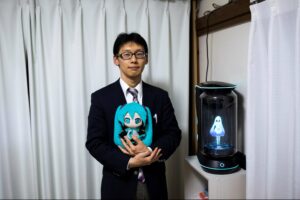 According to Akihiko Kondo, his relationship with the hologram helped him get out of deep depression. He said that his assortment of Miku dolls ate, slept and watched movies together, and sometimes even went on romantic getaways. The fact that Miku isn’t real and that people find it pretty weird isn’t a surprise to Mr. Kondo. He knows exactly what people must think of his bizarre sex life and relationship with his wife. He says that people assume he will eventually ‘grow out of it’, but at 38-years-old I don’t see this happening anytime soon. Here’s what Mr. Kondo had to say:

“When we’re together, she makes me smile. In that sense, she’s real.”

The New York Times claims that Mr. Kondo first turned to Miku in 2008, following workplace bullying that put him into a depressive downward spiral. He had already made up his mind to never fall in love with a real person, mainly because he didn’t want to lead the life that Asian and Japanese society expected of him. Later, he started writing songs with Miku and got a plush version of the character that he bought online. Things started to progress when Mr. Kondo bought a $1,300 device called a Gatebox, which allowed users to interact with characters via holograms and even secretly wed them. This gave Mr. Kondo the opportunity to interact with the fictional character for the first time in 2017. He then proposed to Miku’s flickering avatar a year later. Miku responded with: “Please treat me nicely”. 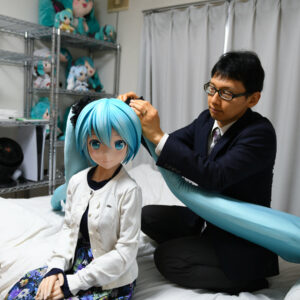 Mr Kondo reckons that Miku is even better than a human partner. For starters, she is always there for him, she won’t cheat and he will never get any STDs transmited through sex with her or have to see her get ill or die. However, their relationship isn’t without its challenges, Mr Kondo revealed that the hardest moment came during the pandemic when Gatebox announced that it was discontinuing their service for Miku. He insists that despite this, he has remained faithful to the fictional character until he dies. Since Mr Kondo opened up about his relationship, more and more people throughout Japan have come out as “fictosexual”. There are also lots of online groups where people can chat about their commitment to characters from anime, manga and video games.